Why I Switched to Fusion 360

During my studies as well as my first years working I was amazed by the state of CAD software. The programs that were supposedly the industry standard were buggy, required years to master, and had no collaborative work modes to speak of. All the parametric modelling programs I tried felt like relics with bolted on features that made little intuitive sense. The result was that modelling became a drag.

This changed as I discovered Fusion 360.

I guess now is a good time to mention that I have zero affiliation with Autodesk. This post is simply me sharing my excitement for what I see as the most intuitive and pleasurable CAD software on the market.

If you are a product designer and are using one of the older programs, perhaps this post might convince you to at least give Fusion 360 a try.

The promise of parametric design is a great one. You put the basic shapes in place and adjust the important dimensions as needed, the model morphing automatically. This was never how it worked in reality thought. If you wanted to change some fundamental sketch dimension often it meant rebuilding the whole part-model.

In Fusion 360 I have been amazed at how well the model can adapt to core changes in the design. It often feels quite magical seeing so many interdependencies play together nicely to generate the new part. Occasionally I will need to go back and redefine some sketch-plane or projection, but with the Timeline feature this is a breeze to do.

I am aware that other programs have history trees as well, but from my experience none of them work quite as effortlessly as the Timeline of Fusion 360. The value of being able to jump between different stages of model completion is difficult to overstate. It is also important to note that the jumping is done with such speed that you never have to think twice about weather it is worth loading to a previous state or not. 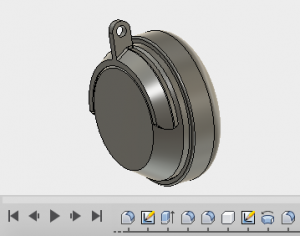 The technology running Fusion 360 seems to be identical weather you are on a Mac or Windows machine. This means that there are no compatibility issues and no need to adapt between different versions of the interface.

The software is lightning fast. You can feel that they started with a blank slate as the program is perfectly optimized. When performing heavy-duty tasks such as rendering Autodesk will even allow you to offload the calculations to their remote machines.

Sharing a project on Fusion 360 with colleagues is as easy as adding their email to a list collaborators. From there the collaborator can edit your project, leave notes or simply monitor the progression. There is also a handy IOS app if you want to show your designs on the go. 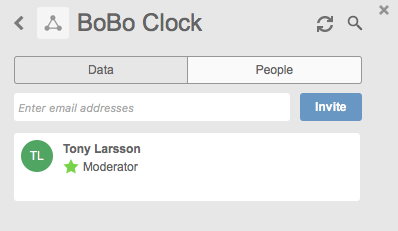 At the time of writing the price for Fusion 360 is $310/year with the first year being free if you are a hobbyist or a small company. This is way cheaper than most professional CAD software licenses out there.

A small note of caution here is that Fusion 360 is a subscription service. This means that they could raise the price in the future, incentivising you to accept by otherwise locking you out from your library of projects.

Are there downsides with Fusion 360? Surely. It is cloud-based, so to some extent you are at the mercy of Autodesk´s servers running properly. Much of this risk can be mitigated by offline caching (which I believe is now done automatically), but it is still conceivable that you won’t be able to access something that has not been locally saved. Also there is the privacy and security concern of keeping your work with a third-pary. I would recommend everyone to export completed projects in a variety of formats in order to safeguard against a blocked account or some other nonsense.

Apart from that there are also some features missing that older CAD programs do have. While most of these features can be achieved by doing some clever tricks, it is still an inconvenience.

When all is said and done Fusion 360 has made CAD one of the more fun parts of my work. With the software I am able to achieve 95% of what I need, with 10% of the effort required by older parametric modelling programs. I wish that all designers who have not tried the software yet, at least give it a shot. It might change your working life for the better.