Sitting down to write this article I find the fundamental point I want to make laughably trivial, yet still not internalized by most people: nuclear war is horrible beyond imagination. Of course no one will argue that nuclear war is a good thing, but the extent of the potential suffering is simply not well understood. 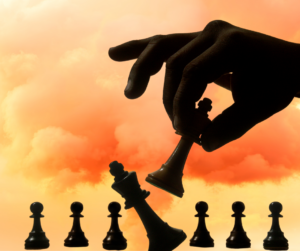 I believe this because of the monotonous discussions in media that treat a nuclear strike as if it was just one more item on the menu of possibilities. I see discussions of when it would be appropriate to use nukes, and whether world leaders are bluffing or not in their threats of using them.

In very few commentaries do I sense the appropriate fear of god when broaching this subject. It is not simply one more step in the ladder of escalation. It is the end of all. It is the skin-melting, cancer-inducing death of humanity.

There are no “limited exchanges”

A sane response to the power of nuclear weapons is to stop planning past the first blast to the extent that we do. At that point the risk of all out nuclear war will be so high that we should see the first nuke going off as a de-facto failure of whatever strategy our nation is pursing.

Of course the state should have a planned response to nuclear attacks, however that is for when all else fails. To discuss it in a casual manner is unseemly and promotes an illusion where nuclear war can easily be limited in scale and region.

I think the fundamental issue is that we lack emotional understanding of what a nuclear blast actually does. We can talk about the kilotons of the bomb, the size of the mushroom cloud, the diameter of the kill-zone, but in the end none of these numbers are able to induce the appropriate emotional response.

After humanity used nukes for the first time the responsible thing would have been to teach children worldwide about their horrific effects. It might sound like too gruesome of a subject to teach children, but we must somehow impart the fear of these weapons across generations. We cannot rely on humanity rediscovering just how bad nukes are every century.

If you are not filled with dread when you ponder nuclear war, then you owe it to humanity to listen to this account of a Hiroshima survivor narrated by Dan Carlin:

Here is a small extract from the audio:

Looking around for my sister I saw her lying sprawled in the corridor, the right side of her body covered with terrible burns. She had probably been washing her hands with her right hand stretched over the wash basin when caught by the searing heat…

…Her face was festering from her burns and her right eye was hanging out. I pushed the eye back into the socket and tried to use gauze mask to hold it into place. But her ear had melted away, and there was nothing to attach the mask to.

The full extent of suffering created by a nuclear blast in a populated area is simply to great for any one human heart to take in.

Since WWII we have also developed thermonuclear weapons which are up to 2500 times more powerful than the “Little Boy” bomb dropped on Hiroshima. This makes the scale of destruction even more unfathomable.

Why talk about nuclear war?

When I bring up the topic of nuclear war in conversation there are many conflicting emotions. On one side I feel apologetic for brining down the mood by discussing such a gruesome and dark matter.

On the other hand I feel that we are marching in lockstep towards the abyss and no one is noticing just how close the edge is. I want to scream, not talk. I want people to dread this potential future. That is an appropriate response to what is around the horizon unless we change course quick.

Unfortunately I do not have any suggestions for how we change the direction in which things are going. However I have made a personal choice to stop pretending that everything is fine. It is time to discuss exactly what is at stake without being pleasant about it.