Why Not to Worry About Idea Theft 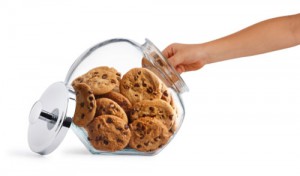 I sometimes encounter that clients reaching out to me are unwilling to say anything about the project before I have signed an NDA. While the urge to keep secrecy is in some cases well-founded , this approach often does more damage than good to the project as a whole.

With this post I hope to ease some worries and argue for why idea theft is unlikely, and why it should not be a primary concern early on.

Why Not to Worry

Stealing ideas is a highly immoral practice that no ethical person would ever engage in. But it is true that business is not always conducted ethically, so what follows are some cold calculative reasons for why idea theft is unlikely.

It would require complete re-prioritizing

Bringing a product to market takes a huge investment of time, energy and money. This means that a person who wants to capitalize on your idea, would need to stop current endeavors and refocus their life completely on this new task.

It is highly unlikely that the person you are sharing your idea with would want to do that. Also the type of person that would completely change their life course on a whim, probably lacks the focus necessary for executing the idea in the first place.

The exemption to this logic would be if the person you share the idea with has enough capital to outsource the execution, but even in this case you have little to fear. As the originator of the idea you would be the go-to person for any efforts of bringing it to market. In effect you would then have the opportunity to execute your idea, with financial backing.

It would seriously damage reputation

In an age of unprecedented connectivity and data gathering, you would likely be able to prove if someone was using an idea you shared with them (assuming your idea is specific enough). If it came out that a company/person was doing this without offering any compensation, financial damage by loss of clients and partners would follow. 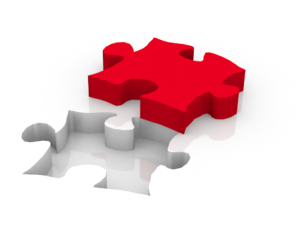 They would need to be a better fit

There is probably a reason for why you had this brilliant idea and not someone else. Maybe you have an unusually strong passion for the subject, or perhaps you have some unique insights which allow you to solve a problem that others didn’t even know existed.

Whatever the case may be hopefully your idea has an element that makes it a good fit for you. If the idea lacks that it won’t matter if the first person you share it with takes it and runs. If it is easily replicable and can be executed by anyone, it is still doomed as soon as it hits the market. Competitors will replicate it, and probably do a better job by learning from your mistakes.

Benefits of Talking About Ideas

Not only is it unlikely that someone will steal your idea, but you are also giving up some critical prerequisites for success by not talking about it openly.

Without talking with people about your idea you can never know if it is something they would actually want. You may have a hunch that you are onto something, but you should never spend a lot of time, money and effort without having maximum possible certainty.

By talking to people you will gather valuable insights and discover ways in which you can improve the original concept. You will also learn more about who your target audience really is, and how your idea fits into their lives.

Finding people to help you

By talking about your idea with as many people as possible you increase the chances of connecting with people who have skills/assets that could benefit you. Even if the person you are speaking with cannot help you, he might know someone who can.

Have a Good Reason For Your NDA 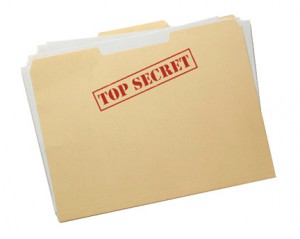 I am hesitant to signing NDAs as it is a serious legal document. If there are too many NDAs to keep track of, or I sign one that is too broadly written there is a risk of stumbling into legal problems.

Most ideas can be discussed in general terms. If there is a “secret sauce” to your idea you can simply leave it out of early discussions. Once it is clear that the project is a good fit and that I will be able to contribute, signing an NDA might be the logical next step.

Liked this article? Subscribe to e-mail updates and get notified about new posts!