A Call for Knobs and Buttons

A world of glass

More and more devices in our environment are using touchscreens as their primary mode of interaction. This trend started with the introduction of the original iPhone that sported a capacitive touchscreen that blew the old tech out of the water. It was nothing like the old resistive touchscreens that felt fragile and most often required a stylus. No. These new touchscreens brought the precision and the cold touch of the future to the masses.

Today the adaptation of touchscreens steams ahead and we see them being implemented as the primary mode of interaction in cars, spacecrafts and industrial machinery. There is no point in me going over why this is happening. We all use touchscreens and know the ways in which they are awesome. What I would like to spend a second talking about is what we are loosing as we switch to the glass interface.

The value of physical controls 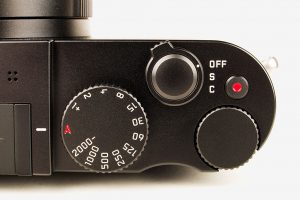 Not all products need a touchscreen, in fact many times the user experience can suffer from using one. This is because modern touchscreens unavoidably remove the value of one of our senses: the touch. No matter what action you are performing it will all feel the same to your fingertips. Some richness of the sensory experience has been lost.

While this is a gripe that most people will never articulate, it does show in user preferences. There is a certain satisfaction in using precise physical controls that cannot be replicated through a touchscreen. It is the feeling one gets when flipping an aviator switch, or pulling a well oiled lever.

There is also the obvious benefit of being able to use physcial controls without maintaining visual contact. But this is something well understood and well implemented across industries. The emotional benefits to the user experience on the other hand are often overlooked.

Where to use physical interfaces

I’m a sucker for a product that does one thing– and does it well. I don’t want my kitchen appliance to have a touchscreen unless it expects to receive software updates that change its functionality (which I frankly also don’t want). If the purpose of the product is narrow enough and static enough for physical controls, please use them. They are cheaper, more durable and feel better than touchscreens. There was certainly a time when touchscreens added a futuristic feel to products, but I feel we are past that now and should be able to be more thoughtful in our implementation of them.

I believe that there could be a new generation of touchscreens waiting just behind the horizon. A technology that would incorporate the customisability of touch interfaces, with the tactile feedback of knobs and buttons.

One line of research has been using a phenomena known as electrovibration in order to modify the friction forces one experiences when sliding fingers over a screen. This method was used to create the TeslaTouch haptic screen. While the research won’t lead to screens with transformable surface geometries, it is a step towards bestowing touchscreens with some of the tactile benefits of physical controls.

Home appliance maker Bosch has achieved something similar with their automotive touchscreen. Their device uses haptic feedback and sound to locally simulate the feeling of various textures. One can see how this would be especially useful in cars (at least until we have full automation in a year or so).

Unfortunately both of these technologies are far from what is needed for the technology to be widely adapted in consumer devices. Until we have the hypothesised future technology the only thing we as designer can do is to be thoughtful about the benefits and trade-offs of various interfacing methods, and choose accordingly.