The current state of things

Today’s post is going to be a little different from the design stuff I usually write about. Earlier this year I moved to Barcelona to work and I  wanted to share some of the photos I’ve taken of this great city. The beauty of the city still amazes me every day, and despite living here for four months already I still find myself going around looking at all the buildings as if I had just gotten of the plane.

The pictures here have all been taken with my Canon EOS-M, which is one of my favourite gadgets as I feel it is exactly what a modern interchangeable lens camera needs to be (despite it lacking performance in some  aspects such as focus speed). Even thought the camera was released in 2012 I really want to write a review of it in the future.

La Sagrada Familia completely lives up to all of the hype. Might be the most beautiful building I have seen, despite not being finished until 2026 (we’ll see about that, Spain). The intricacy of the architecture and all of the religious (and magic) symbols built into the design of the church is completely mind blowing.

Only 7 minutes from La Sagrada Familia we find this hospital (now serving as a University campus, with a modern hospital attached to the back of the premises). 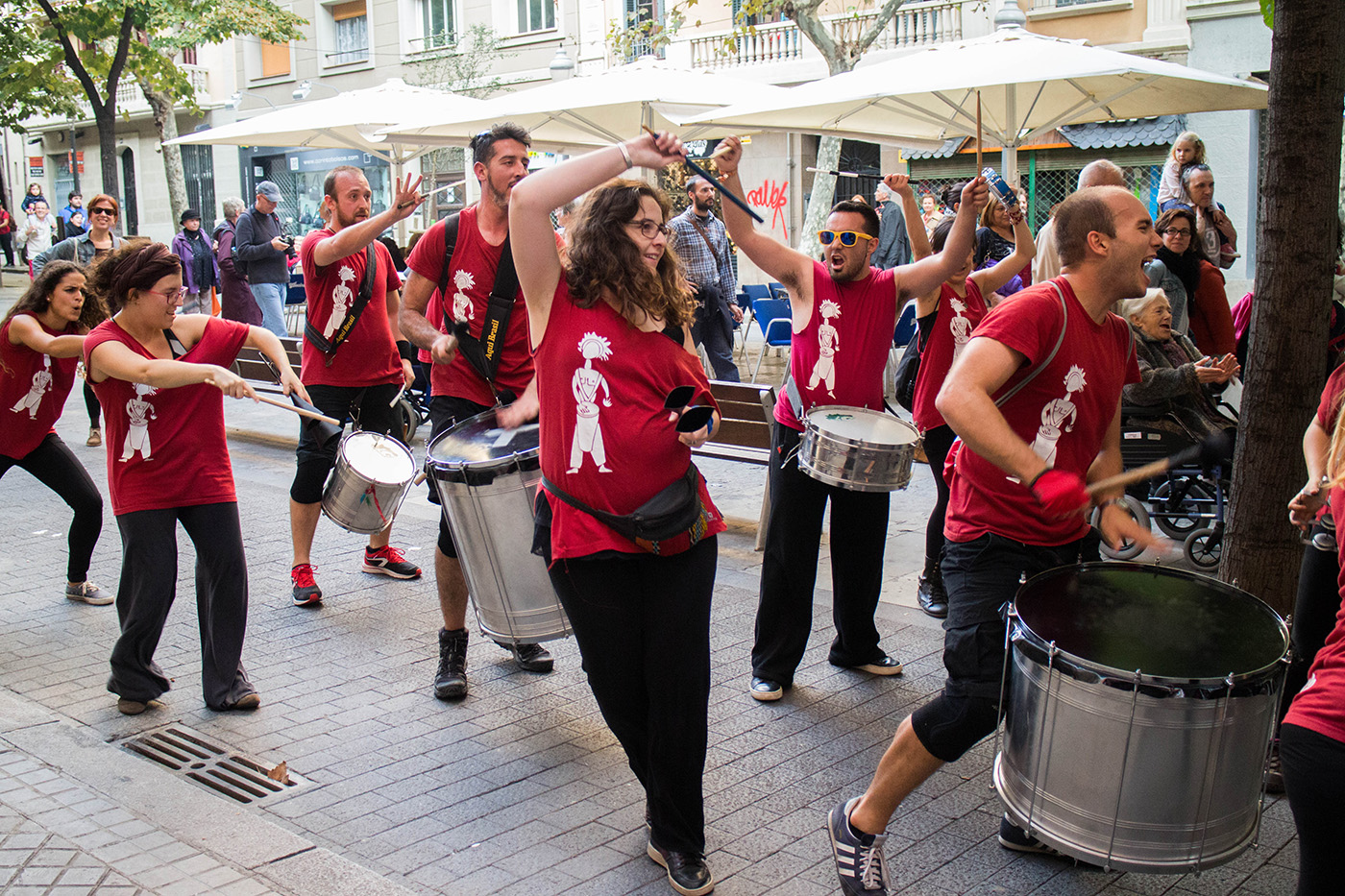 Not sure what the reason was for this parade of drummer going down my street.